Roderick qualified in social work in 1968 and was later appointed as Area Director in 1971 with remit to establish the new Social Services generic structure for South East Dorset. This was followed by work developing policy and managing services for disabled and older people, including establishing joint service initiatives with NHS resources.

In 1981, as Divisional Manager for Western Dorset, he was responsible for the delivery of all social care and child care services.

With a developing interest in the needs of older people, he joined the Association of Directors of Social Services National Older Persons Care Committee eventually becoming the Association’s National Lead for Older Peoples Mental Health Services. His work on the problems of ageing and mental health led to participation with the Department of Health on projects and initiatives relating to Older Peoples Mental Health. This included Board membership of the Government’s “National Inquiry Three Year Inquiry into Mental Health In Old Age” and participation in the drafting of the Governments dementia strategy.

In 1989 as Divisional Manager, (Head), of Adult, Community and Disability Services led to him setting up the Supporting People Service for Dorset and his subsequent Chairmanship of the Pan Dorset Housing Strategy group.

After retirement, he joined the Board of BCHA in 2003 followed by appointment as a Non Executive Director of Dorchester County Hospital Foundation Trust in 2004. In this role he also held the positions of Senior Independent Director and Vice Chairman of the Trust from 2007 to 2014. He is currently Chair of the Dorset Art and Culture Partnership.

Lorraine has over 18 years experience in risk, governance and internal controls in various organisations (Financial Services, Local and Central Government, Charity sector and professional service providers) predominantly in senior roles in the 3rd line of defence. Her current role is heading up a newly formed assurance function, reporting into the business Director. Demonstrable customer focus with a pro-active approach to working collaboratively with the 2nd and 3rd lines of defence in creating better strategic outcomes.

She is competent at grasping business processes and thinking of the bigger picture and works collaboratively across the business to deliver the best outcomes to the highest standard. Lorraine applies a strategic focus/approach and builds effective working relationships with all around her. She is well organised and competent at communicating face to face and through written reports.

Other experience includes previous membership of BCHA’s Board of Management and nominated to their Audit and Performance Committee. 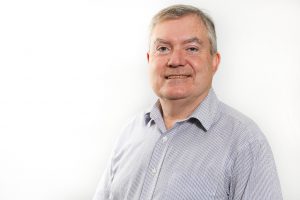 Dylan joined the Board of Recoop in July 2019.

In 1986, Dylan became a GP and later a Senior Partner at NHS medical practices in Harpenden, until his retirement in 2016. Throughout that time, he was also the Chairman of the Hertfordshire Drug & Alcohol misuse service for 11 years, Chairman of a Clinical Commissioning Group for 10 years and also has experience in procurement management. In addition to this, Dylan was a consultant in addiction for 15 years.

Dylan has served on the BCHA Board since March 2018. During this time he has taken on the role of Vice Chair and has previously served on the BCHA Audit, Risk and Treasury Committee. Alongside his role at BCHA & Recoop, Dylan also volunteers as a Trustee of Street Scene in Bournemouth and is Vice Chair of EDAS which provides support to adults and young people affected by alcohol, illicit substances and over the counter or prescribed medication misuse across Dorset. 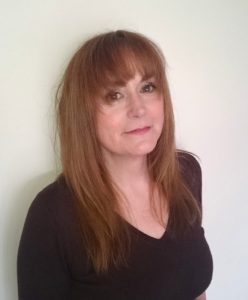 Leah’s background is one of working with sexual offending and harmful sexual behaviour. She joined Circles UK in 2012 and leads the development of new areas of service delivery and business opportunities to support sustainability and growth. Circles UK is a national membership organisation which seeks to reduce sexual re-offending by harnessing the skills and dedication of community volunteers. Individuals convicted of sex offences are over-represented in the 50+ age group within the prison population.

Leah is a qualified social worker and has worked in the criminal justice system for over 25 years. She is a former offender manager, group worker, training officer, practice teacher, inspector and senior probation officer within the Probation Service and team manager within the Youth Offending Service. She has worked in the community, in prisons and in courts.

Leah conducted research into Probation work with sex offenders as part of an MSc thesis undertaken at the University of Oxford. Her work is published by UEA as a Social Work Monograph. She joined the Recoop Board in March 2018.

Caroline is a registered nurse who has worked for the last 25 years in acute healthcare as well as the criminal justice system. She was the head of healthcare at two large male prisons, plus providing cover for neighbouring prisons in the locality, which included a Cat B local, a Cat c trainer, a lifer’s prison and an Immigration Removal Centre. She oversaw liaison and diversion services in London as an operational manager and has worked as a custody nurse for the Police. She also worked as a health and justice inspector for the Care Quality Commission, inspecting prison healthcare across prisons in the UK.

To find out more about Recoop and how we help professionals working with older people with convictions, please contact us. 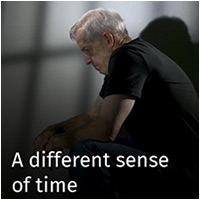 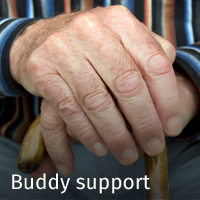 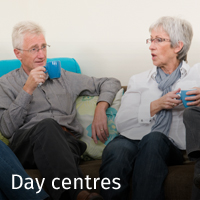 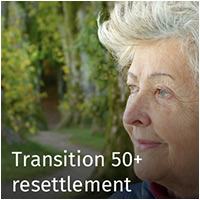 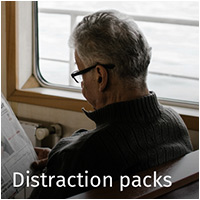 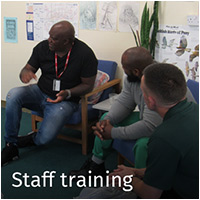 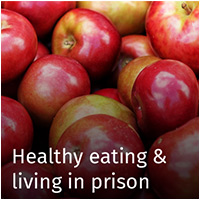 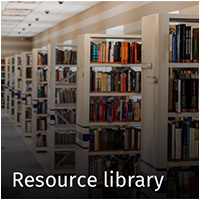